Our customer, AtWoods Ranch and Home, has 54 stores in Oklahoma, Kansas, Texas & Arkansas. I've been in 24 of the stores so far, telling people about Metalloid Firearms & Sports products.

I met Amanda at the Gun Counter of the AtWoods in Andover, Kansas. She is the Gun Counter Manager and has plenty of firearms experience. I gave her samples and encouraged her to try the Green Gun Oil and the Gun Bore Cleaner. She told me the perfect test would be her 870 Remington 20 Guage Pump Shotgun, which had been left in an open-air storage building for a year, because a friend she loaned it to forgot about it.

The weapon had a nasty coat of flash rust all over, and the gun stock had dulled to a bland brown color while sitting exposed for a year. Amanda had tried to clean the gun with a leading petroleum based cleaner, and she spent many hours trying to restore it, with little improvement. In fact, it looked so bad, she thought she would have to have the gun re-blued.

I told her Metalloid's Green Gun Oil would remove the flash rust from the blued surfaces without removing any of the bluing.  She gave Green Gun Oil and Gun Bore Cleaner a try, and she was amazed. You can see the difference in the pictures she sent me. She says she'll be a customer for life. 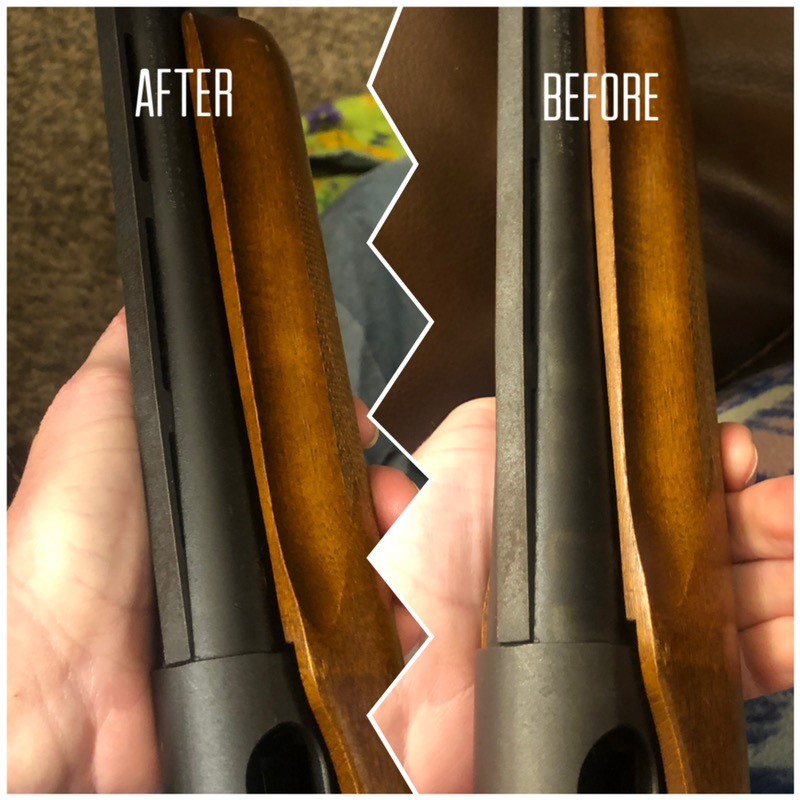 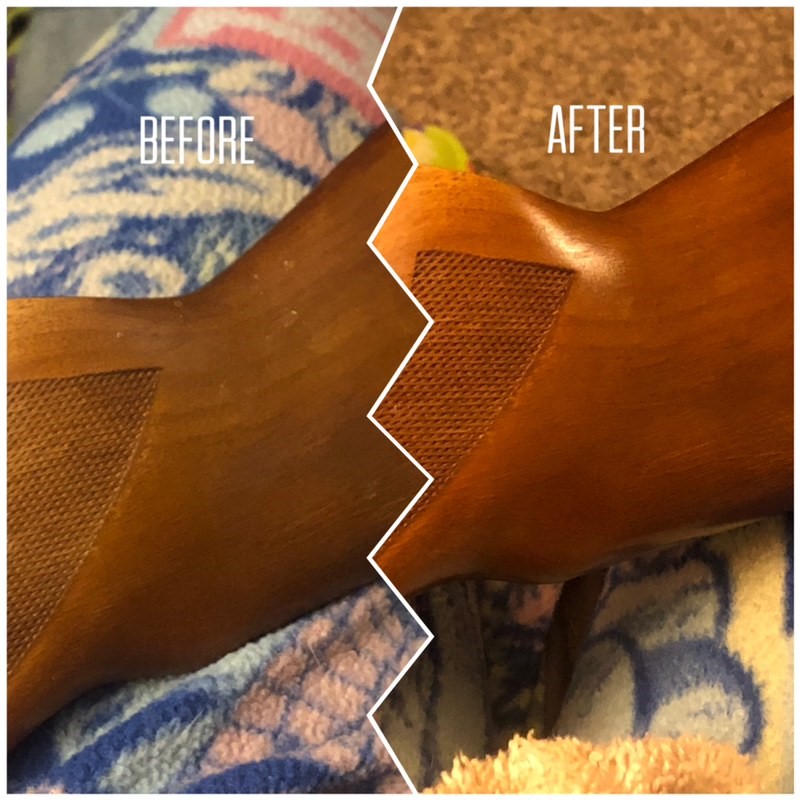